You just audibly gasped just now. I heard it.

No, I didn’t label it wrong. And yes, you did read it correctly. Erin and I thought we’d be a bit cheeky today and mix things up a bit. For reasons.

Picking a favorite Doctor outfit is nearly as impossible as claiming a favorite Doctor, I think. Each look has been distinct and, though I feel I’ve overused the word, iconic. So naturally, I have a lot of trouble choosing between them. I could easily make a case for any ensemble, no matter how eccentric. Yes, even Colin Baker’s dreadful coat of many colors and Paul McGann’s Wild Bill Hickok getup (though maybe one more than the other, and the answer to that may surprise you).

But I think, if forced, my favorite would have to come from New Who rather than Classic. Not because I don’t love the Classic Doctors’ looks, but because I do. Some of them have been revisited in small ways by New era Doctors. Matt Smith’s bow ties, for instance. If you look at Patrick Troughton’s Doctor and then Matt’s, there are some obvious similarities. This has happened on a few other occasions as well. But my absolute favorite to date has to be Peter Capaldi’s Doctor’s look from the end of Series 9.

How appropriate that this prompt landed on Day 12!

It’s still minimalist and everything else you want with the Twelfth Doctor. And definitely lower on the magician scale. The dark red velvet coat is elegant and lovely and just a little bit Jon Pertwee. Okay, actually it’s quite Jon Pertwee. Capaldi himself even said that that isn’t entirely deliberate, but I’m not listening. I want it to be. It harkens back to my most favorite era of Doctor Who. I adore it. 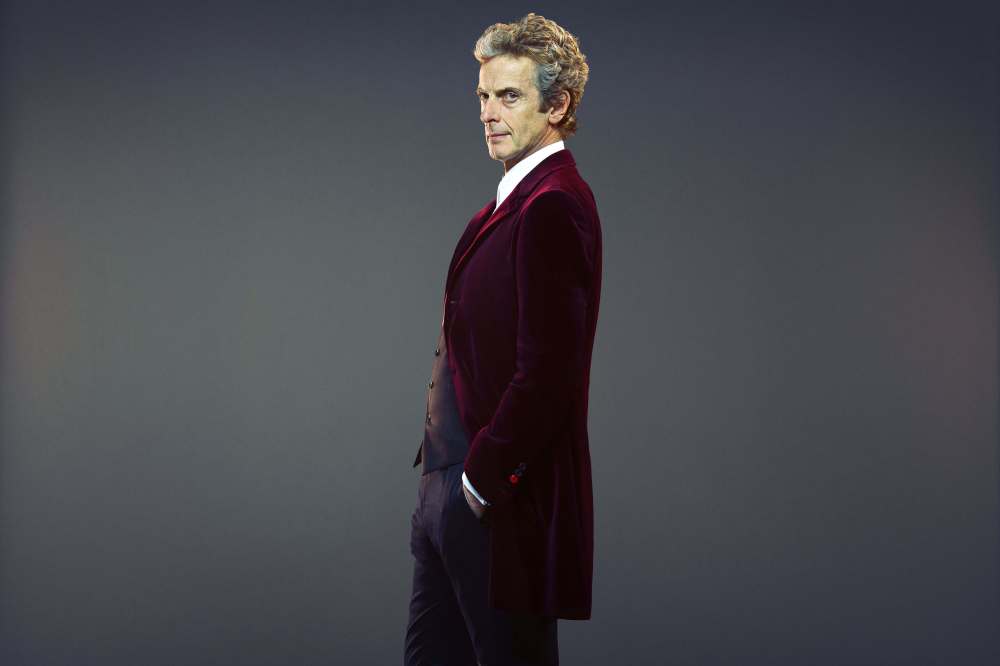 And let’s be honest, we all know how good he looks in it.

What’s your favorite Doctor look? Let us know in the comments!