My knee-jerk instinct on this was to say Gallifrey or Skaro, but that felt like cheating. Those are the obvious ones. I also considered Telos, but rejected it for the same reasons. There are so many to choose from, it was difficult to narrow down a selection. But one name always kept popping back into my head–Karn.

We first visit Karn with the Fourth Doctor and Sarah Jane in The Brain of Morbius (1976), one of several horror inspired stories of the Hinchcliffe era–specifically drawing from Mary Shelley’s Frankenstein. Like Gallifrey, Karn lies within the Constellation of Kasterborous and was once a Gallifreyan colony. It is now home to the Sisterhood of Karn, to whom we are introduced in the same story. 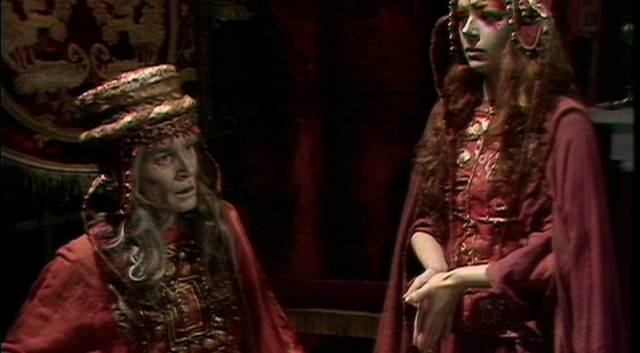 The Sisterhood are the protectors of the Elixir of Life, a point which came back again in 2013’s The Night of the Doctor, enabling the Eighth Doctor’s regeneration into the War Doctor. And lets not forget their involvement in the events leading to Clara Oswald’s fate in Series Nine. The Doctor may have, but I know I certainly won’t. 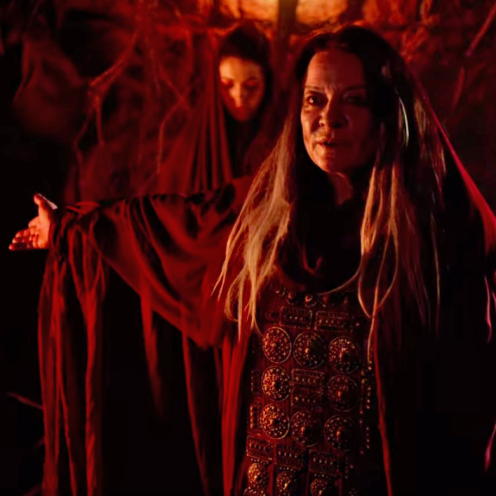 Karn is a barren red wasteland of a planet, littered with caves, ruins, and crashed ships (thanks to the Sisterhood). The weather tends to be stormy and miserable and it’s not exactly ideal for rambling.

And if the inhospitable environment wasn’t enough, there’s also the fact that the Sisterhood will more than likely try to kill you once you arrive, assuming they allow you to arrive at all. To be fair, they’re a bit eccentric, but they were also the followers of the Pythia*, so what do you expect?

There’s also the fact that Karn was once the hideaway of Morbius, which caused another enormous set of problems for Karn, the Sisterhood, the Time Lords, AND the Doctor (naturally).

Still, all that aside, Karn is still my favorite planet of the lot. It’s creepy, mysterious, full of mythology, inhabited by insane cultists, and anyone who goes there will almost surely be killed. What’s not to love??

So which would you choose? Are you a fan of Karn and their creepy Sisterhood? Or would you prefer Skaro? Or perhaps the fancy hats of Ribos? Or maybe even the tiny shorts of Peladon? Let us know in the comments!

* The Pythia were the psychic leaders of Gallifrey back when it was a matriarchal society before Rassilon came along. The very last Pythia’s psychic powers failed her when she was trying to spy and see what Rassilon was up to, and so she sent her followers (the Sisterhood) to Karn and killed herself. Not before cursing Gallifrey with sterility, though. Hence the looms.