A while back, I spent some time wittering on about my love for The Three Doctors. It is my first memory of ever seeing Doctor Who, and as such will always be closest to my heart. And it’s just so good. Of all the Classic Who specials (few though there are), it is unquestionably the best and I love it.

But I’ve already talked about all that. And it also occurs to me that in terms of the way I look at, say, the New Who specials of today, I can’t think of them in the same two I would a regular story.

I believe that The Five Doctors actually does both of these things, and that is why I like it. 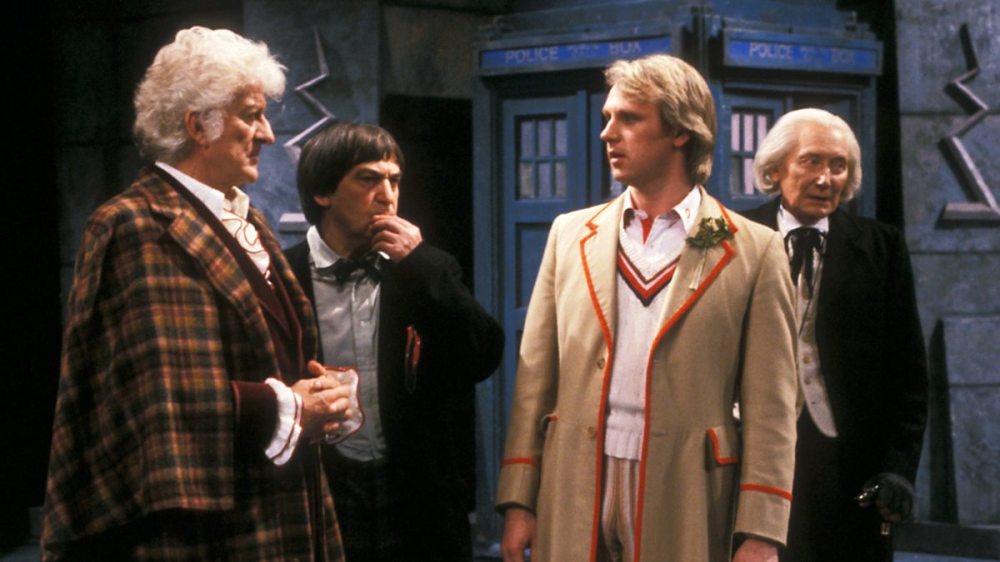 It’s not the best story for certain, but for a special, it ticks all the boxes you’d expect. It’s the first time we get more than three Doctors in the same story. Sort of. By that point William Hartnell had passed away and the role of the First Doctor was done in a valiant attempt by Richard Hurndall. We do get a clip of Hartnell at the very beginning, in that smashing speech from The Dalek Invasion of Earth, which was a lovely way to begin the thing, I think. And Tom Baker* couldn’t be bothered to get involved, so his bits were done with footage from the then un-aired story, Shada. But Doctors Two, Three, and Five were the genuine articles. 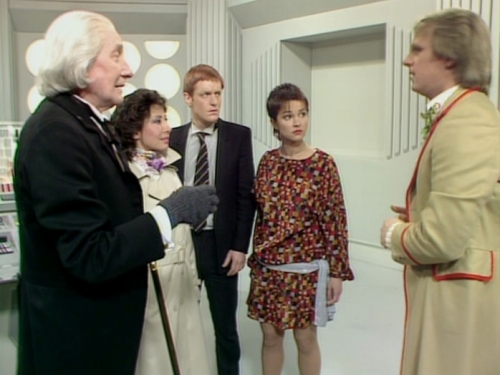 And there are loads of companion appearances including the Doctor’s granddaughter Susan, the very first companion. We also get Jamie, Zoe, The Brigadier, Liz, Bessie (yes, the car–shut up she totally counts), Mike, Sarah Jane, K-9, Romana II, AND current companions Tegan and Turlough. And as if they weren’t enough, the Master is back in the form of Anthony Ainley, as well as a handful of high ranking Time Lords we’ve come to know fairly well by this point in the show. We even get to meet Rassilon (sort of)! 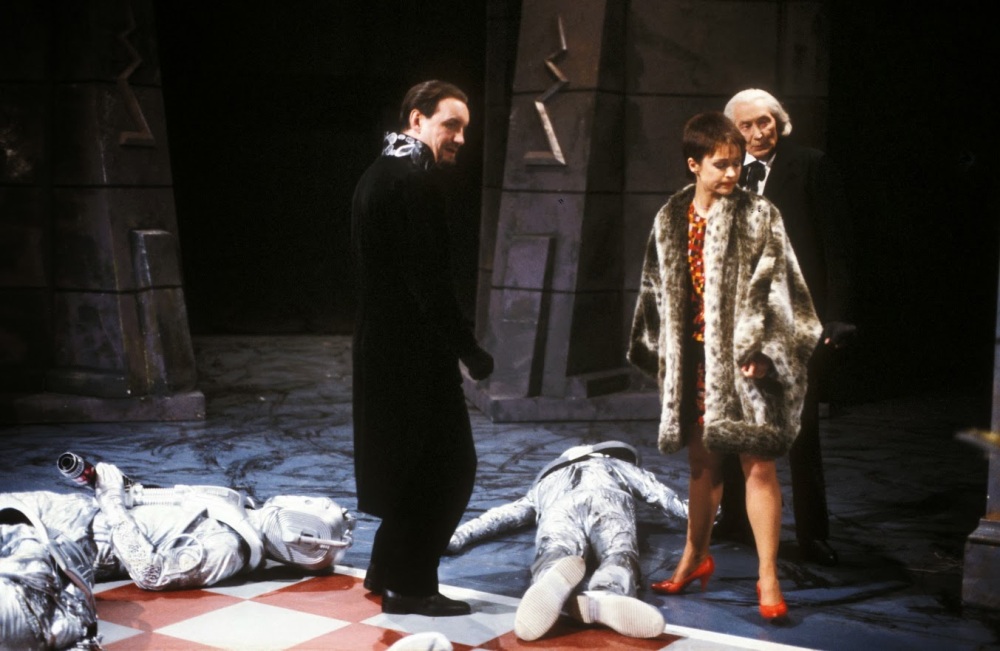 And because you can’t have Doctor Who without the monsters, we’re also treated to visits from a Dalek, the Robot Yeti, the Cybermen, and a new monster in the form of the Raston Warrior Robot (which apparently replaced the Quarks, who were originally slated to be involved). In the commentary, Terrance Dicks also mentions that there were supposed to be Autons in a ruined village inside the Death Zone, which the Third Doctor and Sarah Jane would have to drive through. Personally, I’m extremely disappointed the Autons and Quarks didn’t make it into the show, but the Raston Robot taking out the legion of Cybermen is so funny that I’ll forgive it.

Perhaps the most incredible thing about The Five Doctors, though, is that it managed to be made at all. With Robert Holmes was originally drafted to write the 20th Anniversary Special, but couldn’t manage to write a script that would actually work. So Terrance Dicks saved the day by not only solving that issue, but also by frantically re-writing it again in a way that made Tom Baker’s absence work after he decided not to participate (among other casting problems). Terrance also had to deal with Eric Saward’s changes to his script–which he hated. Now I dont’ want to point fingers, but I should point out that one of Saward’s changes was to have Sarah Jane FALL DOWN A HILL, rather than being saved from the village full of Autons.

A couple of things from this story do make it into the continuity of the show. The most important of these is the Seal of the High Council of Gallifrey, which the Third Doctor steals from the Master in the Death Zone.

The Eleventh Doctor uses it (along with Handles) to translate the message from the Time Lords coming through the crack in The Time of the Doctor, leading to his brand new cycle of regenerations.

Still, despite the laundry list of issues, this still holds up as my favorite special. It’s difficult to take it seriously, but as it’s an anniversary romp, I don’t care. No, by no stretch of the imagination is it the best, but I can live with that. Anniversaries are for fun, reminiscing, revisiting old friends and remembering those we can’t revisit. That’s why it works for me.

Where do you stand on The Five Doctors? Do you enjoy the nostalgia or is it too ridiculous to bother with? Let us know in the comments!

* No, that really isn’t him in the photo. It’s a terrifying waxwork of him.