I suppose looking at today’s category, some of you will be expecting me to talk about the Cybermen again. And I totally could. I never get tired of talking about them. But there’s a reason I left the word “monster” out of the title here, despite the fact that it’s in the original prompt. My favorite villain, who I think is arguably the greatest in all of Doctor Who’s long history, is no monster. No cybernetic parts or tentacles or eyestalks. Just a brilliant humanoid who has probably regenerated more times than anyone can accurately count, so really what’s all the fuss about with Twelve’s new regeneration cycle?

Well it sort of had to be the Master, didn’t it?

Today, of course, we have the Mistress. Missy. The same character we’ve always known and loved (or loathed) regenerated into female form. And holy crap does Michelle Gomez absolutely nail it. She is everything you could possibly want in the Doctor’s arch rival (well, one of them).

And she is just the latest in the long line of remarkable actors who have taken on the role of the rival Time Lord (or Lady). We also had John Simm, who turned the ‘crazy’ dial all the way up to eleven. Derek Jacobi, who didn’t get nearly enough time actually being the Master onscreen.* Jonathan Pryce in “The Curse of the Fatal Death” doesn’t actually officially count but I think he deserves a shout out anyway.

Alex Macqueen’s Master is incredible and his Big Finish run is absolutely fabulous. In fact, I’m actually quite sad that we’ll never see him take on Peter Capaldi’s Doctor because the reunion of those two actors might be quite something to see.** In 1996 we had Eric Roberts in the most interesting interpretation we’ve had to date, I think. No matter what you really think of him, it has to be said that he certainly provided adequate contrast to Paul McGann’s Eighth Doctor.

And of course, there was also Anthony Ainley, who played the Master from 1981 all the way to the series’ cancelation in 1989. Ainley was the Master with four different Doctors, beginning with Tom Baker in “Logopolis”*** when he actually stole and inhabited the body of companion Nyssa’s late father. Creepy. But at least it made a more attractive change from the rather horrific appearance of his previous two incarnations. 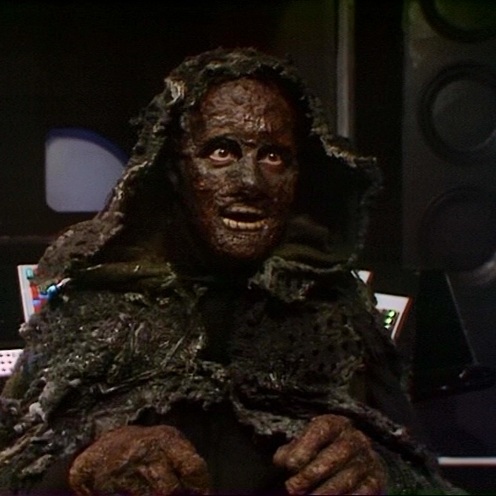 The emaciated Masters were played first by Peter Pratt in 1976’s “The Deadly Assassin” and Geoffrey Beevers**** “The Keeper of Traken” in 1981. This is actually one of my favorite looks for the Master, particularly in “The Deadly Assassin”, which is one of my all-time favorite Tom Baker stories and does an amazing job of illustrating the interchanging cat and mouse relationship of the two rival Time Lords.

But I have to confess—and I mean this with absolutely no disrespect to everyone who has taken on the role since—that I believe the greatest of the lot is and will always be the original Master himself, Roger Delgado.

Look at him. I would argue that he is the most iconic part of the Third Doctor’s era. The Moriarty to the Doctor’s Sherlock. In some ways, even the Loki to his Thor. The greatest example of frenemies in all of time and space, their relationship was a constant chess game as they were both trapped on Earth. And no matter how many times you thought maybe you’d seen the last of him, he turns back up in the next story with no explanation other than, “I escaped.”

But it was clear that they both enjoyed the challenge the other presented as they were undoubtedly perpetually bored by us lowly humans. In fact, the chemistry between Delgado and Pertwee was so magical that in every one of their scenes together, it’s difficult to know who to watch. There’s an elegance there that we hadn’t seen before in any of the Doctor’s rivals, the only close exception really being the War Chief in “The War Games” with Patrick Troughton. In a lot of ways, I feel like he was sort of the prototype for the Master. Some might also make a similar case for the Meddling Monk, but I think the Master is leagues ahead of the Monk. Though they all seem to share the great character flaw of maybe not quite thinking their plans through all the way to the end.

Funny how that seems to be a recurring theme for most Doctor Who villains.

One thing that was especially prominent with this incarnation of the Master, is that he was always quite adept at forming alliances. Or partial ones anyway, as he only does this to achieve his own ends and then inevitably screws over (or is screwed over by) whoever he’s allied himself with. In fact, we see this right away in his very first story, “Terror of the Autons”. He hypnotizes the boss at the plastics factory (in addition to others) and gets him—and a new army of Autons—to do his bidding. He even hypnotizes Jo Grant into taking a bomb back to UNIT HQ. Poor Jo had a really rough first day.

But it’s all a great example of how dangerous Time Lords could potentially be, which not only makes him intimidating, it also gives the Doctor another layer of mystery. I think that’s incredibly clever because the show had been going for seven years by this point and we, the audience, feel we really know who the Doctor is. He’s our protagonist and we trust him unconditionally. But now we’re forced to realize that if he wanted to, he could actually be quite dangerous. The Master makes several failed alliances, even after the Auton plan goes wrong. It’s sort of his answer to the Doctor choosing companions. He always claims to be helping whoever it is he’s seduced into working for/with him, but we know better, don’t we? But during this era, it’s pretty certain that if there’s something weird or hostile going on on Earth, it’s almost a guarantee that the Master has something to do with it.

Roger Delgado also just looked amazing in the part. Stylish, elegant, smooth-talking, and a master (haha) of disguise. He was great with masks and costumes. This could easily have turned him into a pantomime villain, but because it’s Delgado, you just totally buy it. Even when his false names completely give the game away. Magister? Really? 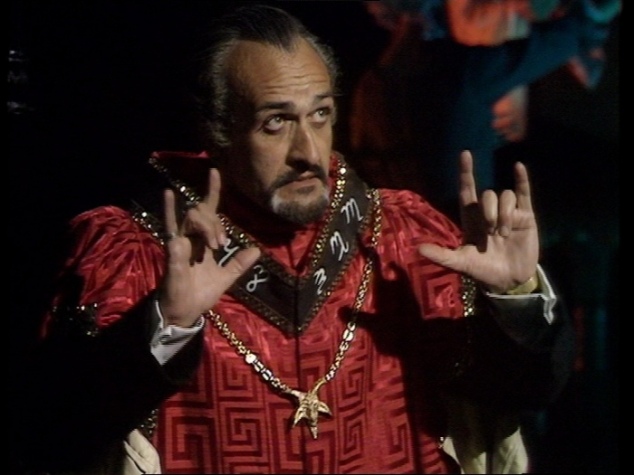 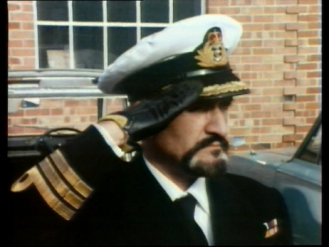 It should also be mentioned that he had the absolute best “theme music” of anyone. Ever. I love it so much that I wish they’d bring it back or hint at it a bit with Missy.

Roger Delgado even got the chance to, more or less, play the Doctor briefly during “The Claws of Axos”. I don’t want to give the whole plot away if you haven’t seen it. But the gist of it is that the Doctor and Jo become trapped and meanwhile UNIT and the world are in trouble and only the Master can save them. And it’s a lovely, lovely idea and Delgado played it so well. It’s one of my very favorite Master moments.

The tragedy of it, of course, is that Roger Delgado’s wonderful run was cut short by his untimely death in 1973. The cast feels emptier without him and it’s said that his death was a contributing factor in Jon Pertwee’s decision to end his run as the Doctor a year later. There’s no telling how the history of the show might’ve been different if the two had been able to stay on a bit longer, but I think anyone who is a fan of ANY incarnation of the Master should be grateful that the part began with Roger Delgado because he set the bar very, very high. And we’re very lucky to still be reaping the benefits of that today.

Who is your favorite villain? Are you a fan of the Master? We all always talk about who OUR Doctor is, but who is YOUR Master? Let us know in the comments!

* I say this because if you need more of the Jacobi Master in your life, and you should, you need to watch the animated Doctor Who story from 2003 (before they knew the show was coming back to television), “Scream of the Shalka”. It stars Richard E. Grant as the (now unnumbered) Doctor and Derek Jacobi as the Master. And it is GLORIOUS.

** For those of you who aren’t familiar with The Thick of It, Alex Macqueen played Julius Nicholson, a politial adviser that was often screwed over by Peter Capaldi’s spin doctor extraordinaire, Malcolm Tucker. Their rivalry, and very brief alliance, was one of the best parts of the show. And I think the nature of that relationship would play quite well into the relationship between the Doctor and the Master. Because if we’re honest, the Doctor and the Master sort of wrote the book on being frenemies, didn’t they?

*** Okay, technically it all happens in the whole epic saga of “The Keeper of Traken” through “Castrovalva”, but you know what I mean.